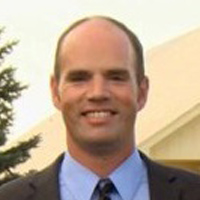 Pastor Park Sutton had the privilege of being born into a Baptist preacher’s home – something he counts as one of the great blessings of his life. After making a false profession when he was 4, he got saved when he was 14. Park surrendered to preach one year later and began to preach wherever the opportunity presented itself. Upon graduation he attended and graduated from Pacific Coast Baptist Bible College. After graduation he worked as Youth Pastor at First Baptist in Deals, MD for 4 years where God blessed tremendously. It was also during this time that he met and married his wife. In 2002 Park got to come home to Calvary Baptist Temple as assistant pastor, and in Janurary of 2009 he became the senior pastor. Pastor Sutton says, “God has been so good to us during this time. We have 3 children and love what the LORD has called us to do. Over the past few years God has allowed me to preach camps, revivals, etc. for which I am thankful. I love to preach.”