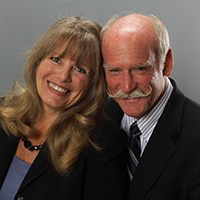 Bruce Humbert is a Buckeye, saved at the age of eight, and baptized at Akron Baptist Temple. The Humbert family planted Sauk Trail Baptist Temple on the south side of the Windy City when Bruce was a freshman in high school. After graduating from BBC in 1974 and marrying his high school sweetheart, Laurie, he served as youth director in Wichita Falls, TX for 15 months. Bruce and his family returned to STBT in February 1976, where he served as youth/music director before becoming pastor May 22, 1989. Bruce & Laurie have five daughters and eleven grandchildren.