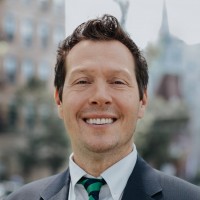 Born and raised in the suburbs of Morris County, Philip Rizzo’s heart is certainly knit to New Jersey. At first glance it could appear that his life is, and has always been blessed. Though it’s true that God still blesses through trials, trials need to be overcome. Back in 1980, in a tragic home accident, he lost his right arm at the elbow. A lally column in the basement fell, severely crushing the artery. Pastor Rizzo knows it was by God’s grace that he still has his “dominant” hand which allowed him to achieve physical success in sports while growing up.

Philip Rizzo played baseball and soccer as a boy, but fulfilled his dream of playing football once he entered high school. He did not just play, he excelled as a starter on both offense and defense! He received national recognition in 1995, when he earned a scholarship from the National Italian American Sports Hall of Fame, in Chicago. Those physical achievements did not just come naturally. Only those closest to him knew of the commitment, hours of training and an uncommon drive to succeed through the trial.

In 1999, after graduating from Villanova University with a B.S. in Business Management, he began working with his family in real estate management and development. Long hours and being self-driven was the only recipe Pastor Rizzo knew. He successfully started and grew his own business of building new homes in New Jersey and Pennsylvania.

Pastor Rizzo received Jesus as his personal savior in 2000, and called by God on October 25, 2009, to start City Baptist Church. He was ordained into the gospel ministry on August 15, 2012. Though faithfulness, hard work and drive are necessary in ministry, Pastor Rizzo knows that it is only by God’s mercy and grace that he can answer that call.